You are here: Home / Owner’s Manual / Small Business / Leadership / Why Dwayne “The Rock” Johnson Should Inspire How You Run Your...

In the business world, there are many sources to draw inspiration from. Today, I’m going to present you with someone who I personally draw a great deal from in almost every facet of my life, but might be outside where you typically look for inspiration when it comes to running your small business: Dwayne “The Rock” Johnson.

I’m going to tell you why I find The Rock to be such a valuable source of motivation, as well as a couple lessons you should take from his rise from obscurity and early failures to the highest paid movie star in the world.

It may be hard to believe now, but there was a time when Dwayne “The Rock” Johnson wasn’t the popular fan-favorite success we all think of him as today. In fact, Johnson’s early pursuits were largely filled with setbacks.

After a promising start to a career playing football as part of the University of Miami’s 1991 national championship team, he injured and replaced as a starter by future NFL Hall of Famer Warren Sapp. After a brief stint for the Calgary Stampeders in the Canadian Football League that only lasted two weeks into the season before he was cut, Johnson’s football dreams were effectively over. Following this he decided to enter the family business of professional wrestling. He was widely considered to be a natural talent, but things still didn’t start easily for him.

He originally wrestled under the name Rocky Maivia, a tribute to his wrestling heritage of his father, Rocky Johnson, and his maternal grandfather, Peter Maivia. However, despite Johnson’s family legacy and his natural athleticism, he was almost entirely rejected by fans early on (demonstrated by raucous crowds chanting things at him that are too mean to include here).

Still, Johnson didn’t let this stop him. Instead, he used it as motivation to work even harder. This effort paid off, and he was able to turn things around completely. Within two years of his rocky start as Rocky Maivia, Johnson (after being rebranded as the much edgier and exciting The Rock) was world champion, and was quickly on his way to becoming one of the biggest stars in the history of professional wrestling, and certainly the biggest in terms of mainstream popularity and success outside the ring.

Many first attempts don’t succeed. While failure certainly isn’t fun, you should not let trouble early on prevent continued effort toward your goals. Instead of letting failure stop you, ask yourself: What would The Rock do? Would he let setbacks keep him from reaching success?

Absolutely not, and neither should you. Use failure as an opportunity to assess your personal situation, come to a better understanding of what worked and didn’t, and make whatever changes necessary to make your next attempt even stronger.

Don’t Be Afraid to Take Chances/Reinvent Yourself

Sometimes, things just don’t work out how we envisioned for them to, unfortunately. What might have felt like a great plan to start with doesn’t end up that way. It’s in these moments that you need to take a serious look at things and decide what worked and what didn’t, then decide how to move forward.

If anyone has exemplified success through a willingness to both take chances and reinvent themself, it is absolutely Johnson. As said earlier, Johnson was almost universally disliked in the early days of his wrestling career as Rocky Maivia. The well-mannered and heroic Rocky Maivia character would have fit right in with the biggest wrestlers of the 1980s, like Hulk Hogan and “Macho Man” Randy Savage, but was no longer accepted by fans in 1996. However, he was able to quickly turn this around, and Johnson was a massive star within two years.

How? He took a chance and reinvented himself.

He shed the cheesy, out-of-date Rocky Maivia character and became The Rock—a villainous (at first) character that said what he wasn’t supposed to and allowed Johnson to demonstrate his abundant natural charisma. Instead of being a hero that fans hated for the wrong reasons, he became a villain that fans first loved to hate, but grew to fully embrace.

Johnson’s upward career trajectory has continued to show this willingness to take risks and reinvent himself. Despite achieving such monumental success in his wrestling career, he continued to push himself with a move into acting, starting on TV in 1999 with a role as his own father on an episode of That ‘70s Show, and film two years later in The Mummy Returns.

As his acting career continued to rise to becoming the highest paid actor in the world in 2016, Johnson has continued to reinvent himself by founding his own production company, Seven Bucks Productions with his ex-wife and business partner, Dany Garcia, which now produces many of the films he also stars in.

Similarly, for you to be successful as an entrepreneur, you can’t be afraid to take take risks and reinvent yourself at times. If something you’re trying isn’t working out how you hoped it would, take a chance to shift gears. This doesn’t mean you should take any setback as a sign to give up and move onto something new entirely, but you also should not be afraid of transitioning into the next phase of your journey.

Countless entrepreneurs fail in their earliest attempts at starting a business—including some of the most successful we’ve ever seen. Nobody thinks Bill Gates as the founder of failed company Traf-O-Data, nor Jeff Bezos for his failed online auction site zShops, nor Dwayne Johnson as a disappointing football prospect who was cut from from a CFL team two weeks into the season after losing his starting job in college. Instead, these people are all defined by the way they responded to failure by bouncing back and creating something great.

The courage to reinvent yourself is even more important when you do find success. It’s incredibly easy to fall into a routine after finding success, and that’s not necessarily a bad thing. After all, that routine obviously works and got you this far, so why change now?

This is a dangerous mindset to fall into, though. The world moves fast, whether it be business, technology, or even, (in The Rock’s case), the world of professional wrestling. If you don’t make a concerted effort to try something new, keep up with changes in your industry, or reinvent yourself to remain viable, then you are likely to fail as the world passes your company by.

Continue to push yourself and all your employees to look ahead toward a vision of what your company will look like in the future, and don’t be afraid to reimagine and reinvent. This is the embodiment of what made Dwayne “The Rock” Johnson such a massive success, and we should all channel that mindset as our inspiration in the spirit of entrepreneurship.

https://employersresource.com/wp-content/uploads/2017/06/Why_Dwayne_The_Rock_Johnson_Should_Inspire_How_You_Run_Your_Small_Business_-_in_post.png 300 775 Employers Resource https://employersresource.com/wp-content/uploads/2020/07/Employers-Resource-Logo.png Employers Resource2017-06-12 07:01:082017-06-21 08:32:18Why Dwayne "The Rock" Johnson Should Inspire How You Run Your Small Business 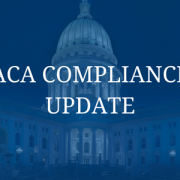 ACA Compliance Update: What You Need to Know 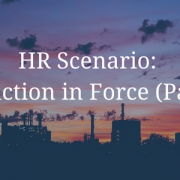 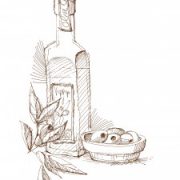 Lunch, The Most Important Meal of the Day 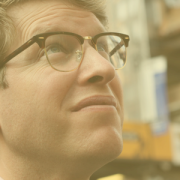 What is HR to a Small Business Owner? 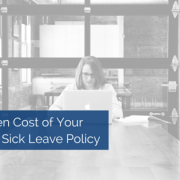 The Hidden Cost of Your Company Sick Leave Policy 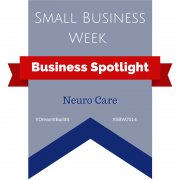 In a Startup? We've got you covered...